What is film Making?

Filmmaking or film production is an extremely complex process of making films or movies. There are various stages involved in the process of making a film and presenting it to the targeted audience. In order to make a film, the filmmaker has to undertake many steps like initial story idea, scriptwriting, screenplay writing, casting, choosing the shoot location, budgeting, scheduling, shooting, sound recording, pre-production, screening, etc to name a few. Filmmaking is a process that deals with various technical, technological, social, cultural, political, and economic aspects.

Why Should One Consider Film Making?

Films are an important part of every individual’s life, some of us seek entertainment, escapism, and pleasure from films. And for some films are a way to understand the ever-growing world around them better. Films are not only limited to entertainment and pleasure they inspire us in many ways.

If you are one of those people who have always wondered what would have been the director’s intent behind filming a particular scene a certain way, how was a shot from your favorite movie taken, if you are curious about how VFX and CGI are created and used seamlessly in a film, then studying Filmmaking is the right career choice for you. There are many great filmmaking institutions in the USA where you can get trained under the guidance of some of the legends in the field.

For the students who want to make their career in the filmmaking industry, it is advisable for them to pursue a media degree from one of the many specialized, reputed filmmaking schools in the country to get a head start in their respective careers. In the course of studying for their media degree, the students will get to learn and get a firsthand experience regarding all the important aspects of the field of filmmaking.

Most of the film schools or filmmaking institutions are located in New York and the state of California as both places are close to the entertainment industry. Most of the major film studios are located in Los Angeles, California, and New York, on the other hand, is considered to be beneficial for networking in the film industry, the city is also famous worldwide for its theater culture which is an excellent opportunity for aspiring actors to attain perfection in their craft.

Though New York and California are not the only two places where one can study filmmaking there are many other places in the USA as well as around the globe from where a student can pursue their media degree but, studying filmmaking from on of the top institutions in New York and California is known to give the individual an edge above the others.

Why Should You Go For A Media Degree?

A media degree helps the student to get a few jobs to get started with on an entry-level. As stated above the filmmaking industry is rapidly growing and hence there are many job opportunities in the field.

The development in technology and the emergence of OTT platforms has been a game-changer in the field of filmmaking as today watching films is not limited to the theaters or television screens, people can now watch their favorite movies anytime, anywhere from around the globe.

It is due to this change that the number of new production houses, filmmakers, talent agencies is on the rise. There are three categories in the process of filmmaking or film production that create different occupations which are pre-production, production, post-production.

In the initial stage of filmmaking that is pre-production, all the tasks which are to be completed before actually starting the production of a film are undertaken for eg- fund-raising, budgeting, screenwriting, casting, etc. Production is the process of actually making the film. This stage leads to the emergence of jobs like director, actors, costume designers, camera operators, director of photography, etc.

Post-production is the phase of filmmaking where the shoot film is edited and the final touches are added to the work to make the viewing experience better for the audience. This phase mostly comprises editing, the occupations in post-production are editor, assistant editor, dubbing artist, sales representatives, etc.

After getting a media degree the individual must expect a small start to their career and must go for any sort of project that comes their way as this is the stage in their filmmaking careers where they are expected to build their portfolio and get as much work experience as possible.

Most of the recent graduates get themselves associated with different agencies that help them find projects they can work on, on a temporary basis. It is important that people aspiring to work in the filmmaking industry to not get discouraged by rejections and lack of opportunities to grow, persistence and hard work are extremely important to make it big in the ever so competitive film making industry.

Why Should You Apply For A Film Scholarship?

For the individual looking forward to pursuing a media degree and a career in the filmmaking industry scholarships are an excellent way to fund your film school education as students don’t have to worry about paying back the received amount after a particular period of time as in case of student loans, they get to keep their scholarship grant money and pay their film school fees.

In the case of some Film scholarship applicants have to submit a short film that is directed by them as per the criteria the scholarship provider has set. There are many entries for these kinds of scholarships as young aspiring filmmakers get to showcase their talent for the first time.

The winning entries are chosen based on the content and the quality of the film and the filmmaking process. On a side note studying filmmaking and building a career in the filmmaking industry demands quite a lot of financial investment in such a case acquiring a scholarship can be considered a great financial relief. 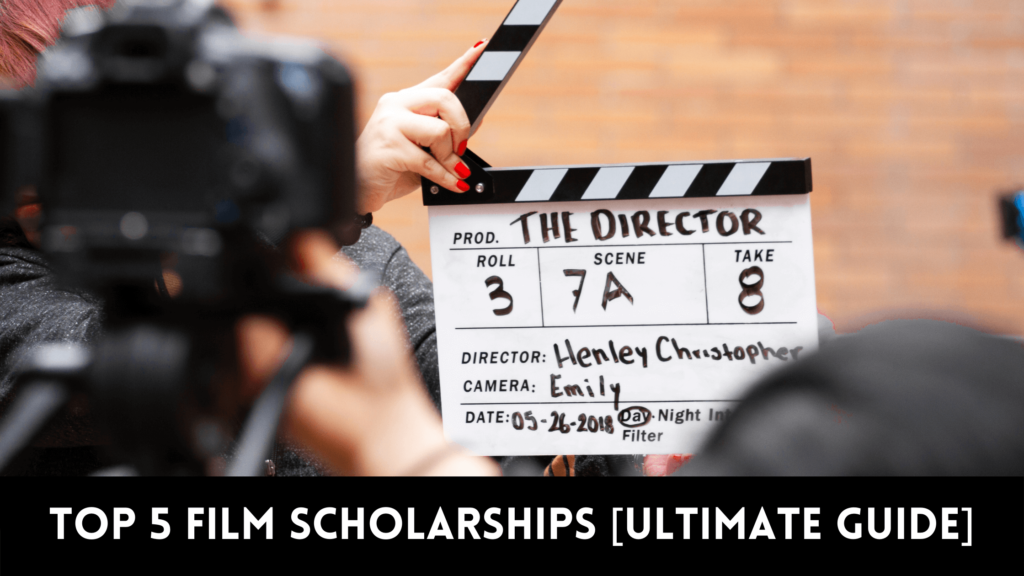 The National Academy for Television Arts and Science Scholarship also known as NATAS is a scholarship that is offered to 5 high school seniors every year to aspire to pursue a career in the film and television industry. A scholarship of $10,000 is awarded to the selected applicants. The NATAS also provides other regional scholarships throughout the USA. The deadline for the scholarship is on 22 March.

The Barbara Caras Memorial scholarship is a $2000 scholarship provided to the students to are residents of Florida in the Sarasota or Manatee Counties who are studying visual arts and are majoring in film, computer animation, creative writing, motion design illustration from an accredited Florida college and must maintain a GPA of 2.75.

The Princess Grace Foundation Awards a scholarship of varying amounts to individuals who are talented artists in the field of film, dance as well as theater. The scholarship does not allow self-nomination; the nominees are selected by the dean/chairperson of a college or a company’s artistic director. The awardee is selected by a panel of experts. 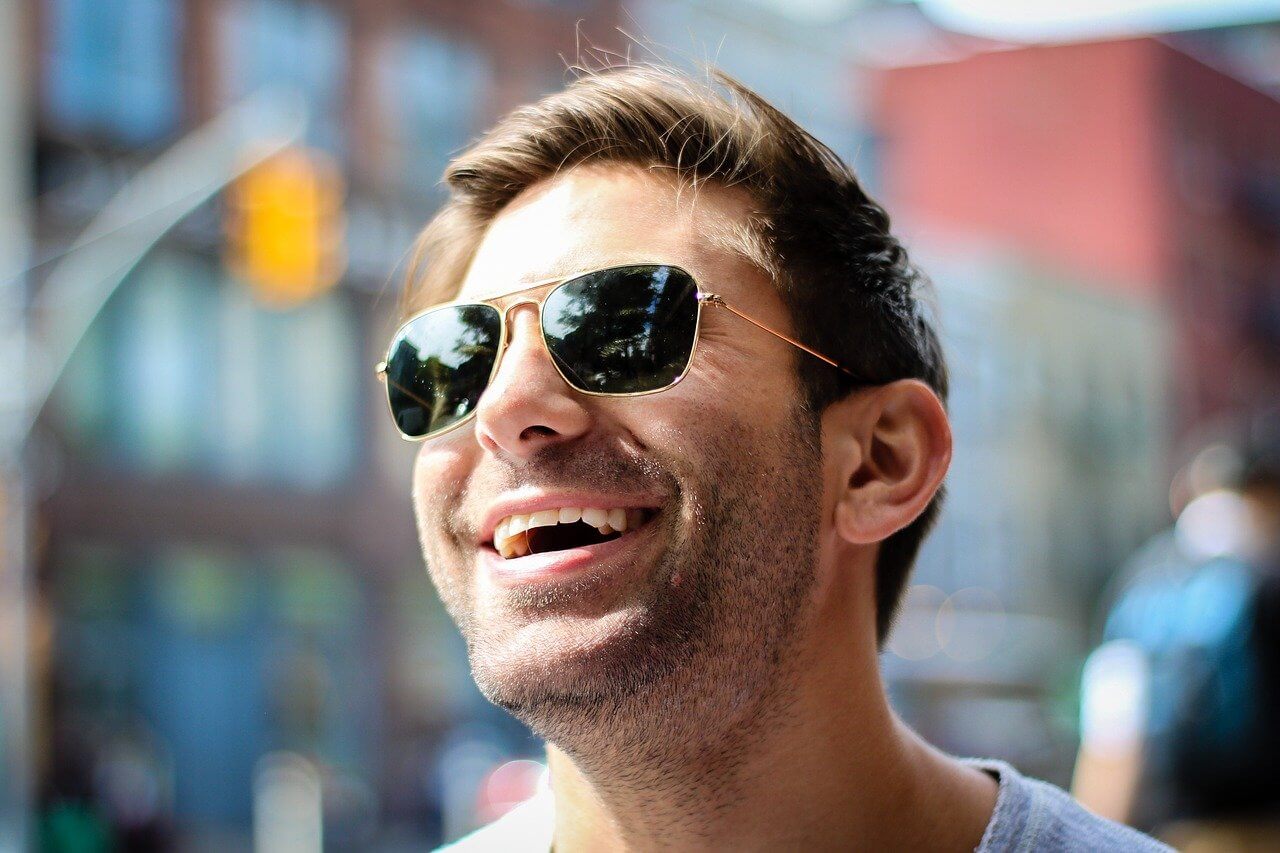 I lead product content strategy for SaltMoney. Additionally, I’m helping our broader team of 4 evolve into a mature content strategy practice with the right documentation and processes to deliver quality work.

We use cookies to ensure that we give you the best experience on our website. If you continue to use this site we will assume that you are happy with it.Ok